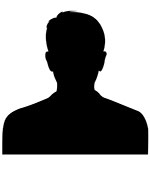 He is currently Harvard-Westlake’s Head of Program for Boys’ Basketball. Before coming to Harvard-Westlake, Rebibo was hired as an Assistant Men’s Basketball Coach for the University of San Francisco in 2013. While on staff, USF finished second in the West Coast Conference for the first time in 20 years and earned a berth to the NIT. Prior to his stint in the NCAA, Rebibo was the Head Basketball Coach at El Camino Real High School from 2007-13. While at El Camino Real, Rebibo and ECR made the CIF City Section quarter-finals in 2009, the finals and the state tournament in 2010, and the semi-finals in 2011. ECR earned the CIF City Section championship and the regional semi-final in 2012 and the City Section division I finals and “Open Division” state playoffs in 2013. Rebibo was also named the City Section division II Coach of the Year in 2012 and the LA Daily News Coach of the Year in 2013. In his first year at Harvard-Westlake,  Rebibo guided his team to the semi-final of the CIF-SS finals and won the Division IV CA State Championship in March, 2016. In his second year the Wolverines won the CIF-SS DIA Title and Rebibo was named Division I Coach of the Year. A native of Los Angeles, Rebibo played collegiately for Pierce College and Cal State Northridge, with a  B.A. in psychology from CSUN and a Master’s degree in Education from National University.